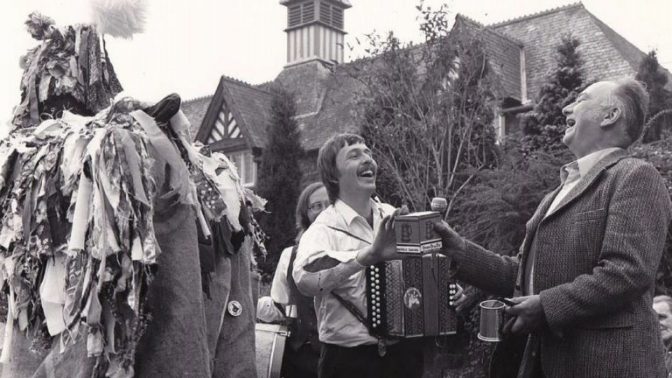 Telling Tales collects the personal stories of the people who have made Halsway Manor their own for the past fifty years and into the future. This is the story of the Halsway Manor Society, in people’s own words, recorded as part of the Society’s 50th anniversary in 2015.

In 2015 Halsway Manor Society celebrated 50 years of being The National Centre for Folk Arts. A major oral history project to uncover its unique story as part of their Golden Jubilee celebrations was supported by a grant of £41,100 from the Heritage Lottery Fund. The Telling Tales project was managed by Gavin Davenport and much of the work on the project was carried out by some of Halsway’s committed volunteers.

Halsway Manor Society has played a significant role in the folk revival since the 1960s; several generations of people – from the Somerset region and from all over the country – had their first experiences of participating in folk music, dance and song at Halsway Manor, including many well known folk musicians and singers.

Telling Tales focuses on the people involved in the Society since its inception in 1965 with stories, recollections and memorabilia from the early days to the time of recording in 2014 – 2016 collected through a team of volunteers.

Click here to view the interviews recorded in this project.