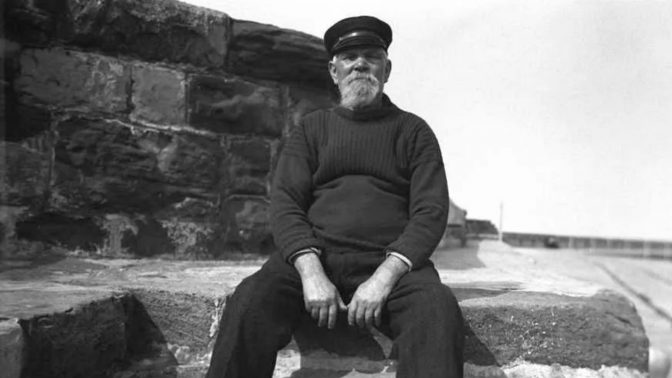 John Short, also known as Yankee Jack, was a sailor from Watchet. He was a prolific singer and between April and June 1914 Cecil Sharp collected 57 sea shanties from him, making him one of the largest donators of song material in Sharp’s Quantock journeys. Sharp published a book English Folk-Chanteys, containing 60 songs, 46 of which were collected from John, making him incredibly important to English sea shanty history.

Born in 1839, John was employed on a number of ships in his career, sailing as far away as the Far East, Peru, India and North America. He was often employed as what was known as a “Shantyman” on ship, to keep the crew working in rhythm. Therefore we know his songs are ones authentically used on ships.

As well as a prolific singer, John was at the heart of the Watchet community, later becoming Town Crier. A statue by Alan Herriott was erected in his honour on the seafront in 2008. He died in 1933, so by the time he met Cecil Sharp he was 76 and retired from his life at sea. This also means that the songs he shared were those known to be sung in the mid 19th century and probably went back much further. He was a true local man who in his long life saw the world, but it is the heritage of the ocean brought back to the Severn Sea, that gives him his place in national folk as well as Quantock history.