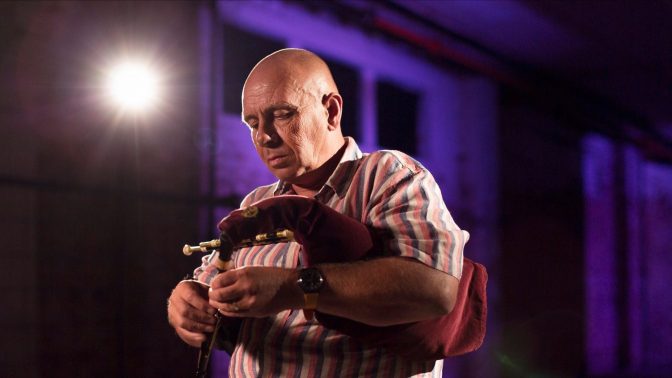 Hosted by Christine Corkett this popular workshop weekend will be led by a great teaching team of pipers: Andy May, Pauline Cato, Chris Ormston and AN OTHER TBC. We’ll also be running two Beginners’ Taster Days, led by Francis Wood.

The weekend offers a enjoyable opportunity to develop ability, technique and repertoire with a variety of workshops, sessions, plus a performance from the weekend tutors.

You’ll work in groups according to ability level, with some optional sessions too, allowing you the opportunity to work with all tutors over the course of the weekend. Music will be available in advance.

Pauline Cato with her extremely accurate staccato approach, has brought a fresh and exciting sound to the Northumbrian bagpipe tradition. While she’s has shown a mastery of the traditional repertoire of Billy Pigg and Tom Clough, Cato has become known for her unique bagpipe renditions of songs by such folk-like songwriters as Richard Thompson and Jay Ungar. In addition to performing as a soloist and in a duo with Tom McConville, Cato has worked with Alistair Anderson and the Northern Sinfonia Orchestra in the opera Cullecoates Tommy. Cato has become a highly respected instructor and has taught courses in the United Kingdom, Germany, and the United States.

Chris Ormston was given his first set of pipes on his 15th birthday and nine months later won the Northumbrian Pipers’ Society Junior Class. Within three years he had won every Open competition in the county. Early in his piping career he acquired a taste for the classic repertoire of the pipes, with a particular interest in the music of the Clough family. Chris has collaborated with the NPS Society in the publication of two collections: ‘The Clough Family of Newsham’ (2000) and ‘The Clough Family Tunebook’ (2012). In 2011 Chris was honoured to take possession of ‘Young’ Tom Clough’s pipes, a Reid set gifted to Tom by his grandfather.