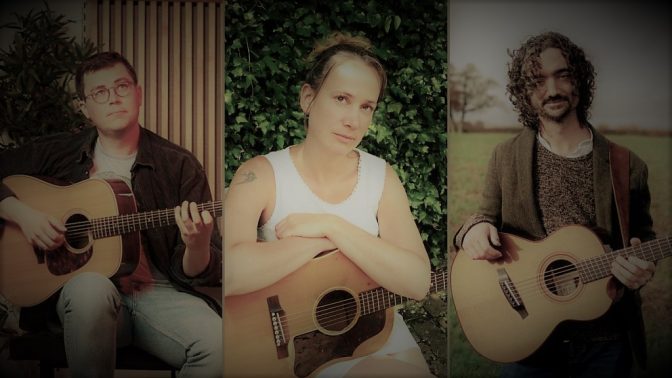 Dave Malkin studied the classical guitar at Trinity Laban Conservatoire of Music and Dance with Graham Devine. He is one half of Dipper Malkin, alongside John Dipper and his 14-string viola d’amore. The duos debut album, Tricks Of The Trade was included in The Times’ ‘Top 100 Albums of 2017’. He has performed at some of the UK’s most illustrious venues, including St John’s Smith Square, Royal Festival Hall, Union Chapel and LSO St Luke’s. His screen credits include the hit comedy-drama Fleabag, the BBC’s Black Power: A British Story of Resistance, executive produced by Steve McQueen, Amazon’s recent four-part documentary The Curse of the Chippendales, ITV’s Vanity Fair and Channel 4’s BAFTA nominated Surviving Covid.

An experienced and enthusiastic educator, his CV includes countless contributions to some of the UK’s best-selling guitar magazines; Guitar Techniques, Total Guitar, Acoustic, and notably, over 130 consecutive monthly guitar tutorials spanning more than a decade of issues of Guitarist Magazine. He was also Head of Further Education at the Academy of Contemporary Music in Guildford, Surrey, and he leads workshops at guitar festivals and events around the UK. www.tristanseume.com

Vera Van Heeringen is an accomplished and highly acclaimed multi-instrumentalist and songwriter. She was part of the brilliantly comedic New Rope String Band for five years and has toured with several Cajun and Old time greats such as Dirk Powell and Sheryl Cormier. In recent years Vera has been performing with her own trio and has just released her third album ‘Won’t be Broken’ which has been described by the press as her best yet. Vera has taught guitar for over 10 years and is known for her inclusive approach which aims to inspire in a laid back and enjoyable way.