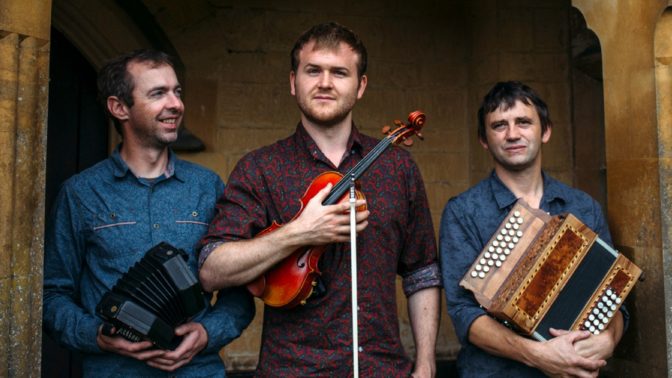 We are delighted that Leveret return to Halsway Manor. They are here as tutors for a musicians week. Tonight is an opportunity to see them perform in an intimate gig at Halsway Manor.

Melodeon genius Andy Cutting is a three-time winner of the BBC Radio 2 Folk Awards ‘Musician of the Year’ award, and as well as his new trio with Martin Simpson and Nancy Kerr currently performs with Blowzabella, Topette, Anne Niepold, June Tabor, and Roger Daltry.