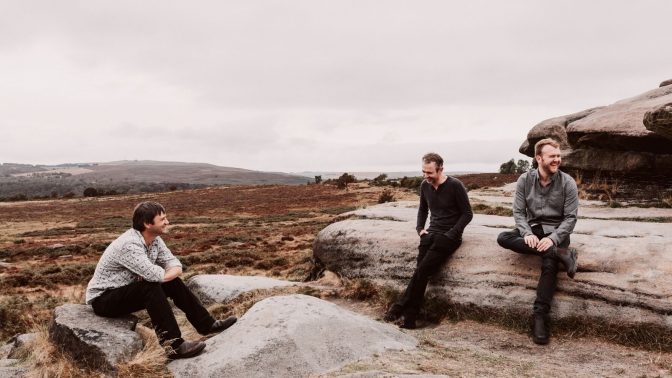 Supporting Young People: Prices for this course are subsidised by the Manor to keep costs low and ensure opportunities are available for all. Applications for bursary places may be considered from young musicians who would otherwise be unable to attend. Email [email protected] to discuss your circumstances.

Leveret features three of England’s finest folk musicians – Andy Cutting, Rob Harbron, Sam Sweeney – in an acclaimed collaboration. All three are experienced teachers and workshop leaders, sharing a commitment to developing the next generation of folk musicians, and we’re delighted to be working with them to offer this intensive weekend exploring ensemble playing, aimed exclusively at young adults. Leveret are committed to creating a safe and supportive environment for all participants both during and outside workshops.

Aimed at young adults aged from 18 to about 30, you’ll be a competent musician with a good knowledge of your instrument; the weekend will focus on general music-making skills rather than instrument-specific technique, so you’ll need to have a sufficient grasp of your instrument to get involved. You’ll be happy to learn by ear, with a desire to build confidence, develop musical ideas, and experience playing in ensembles.

Because of the time limitations inherent in running a weekend course, you will be asked to do a little preparatory work in the run up to the weekend, to make sure everyone arrives ready to start!

This workshop is limited to 25 participants and will be popular so please do book your place sooner than later.

Fiddler Sam Sweeney was voted ‘Musician of the Year’ at the 2015 BBC Radio 2 Folk Awards thanks to his work in Bellowhead, Eliza Carthy’s Wayward Band, The Full English and his own Made In The Great War project. He was the inaugural Artistic Director of the National Youth Folk Ensemble.

Concertina wizard Rob Harbron is known for his work with The Full English (Best Group and Best Album BBC Folk Awards 2014), Emma Reid, Fay Hield, Jon Boden and others. He has, for  many years, led the English Acoustic Collective Summer School.