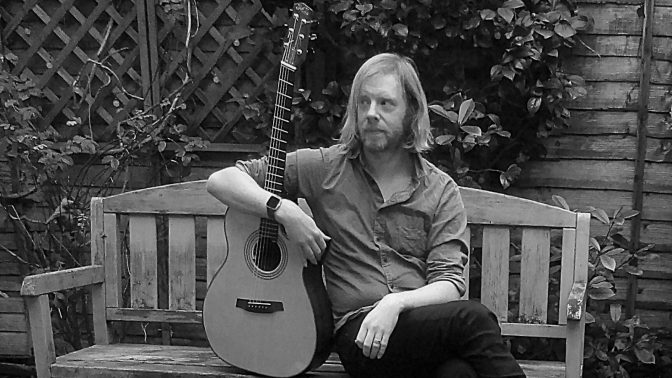 Bookings from the cancelled 2020 event are transferable to this course.

Together we will explore ways of arranging traditional folk tunes on the guitar, look at ways to arrange melodies and chords, and then put it all together to form a complete performance.

We’ll cover advanced guitar techniques, alternative tunings, whilst allowing for plenty of time to work at your own pace. There will also be the opportunity for 1-2-1 sessions with Ben who is one of the UK’s foremost acoustic guitarists.

Intermediate to advanced acoustic guitarists. It’s not suitable for beginners. Students should be familiar with fingerpicking: using the thumb and fingers to play the strings, rather than a plectrum. They should also be comfortable tuning the guitar, reading tablature and have an interest in learning instrumental arrangements.

BBC Folk Award winner Ben Walker was recently hailed as one of ‘the best acoustic guitarists in the world right now’ by Total Guitar magazine. A versatile composer and producer, as well as a celebrated instrumentalist, his passion is putting old jewels in new settings. Ben’s signature style has been sought out from punk to Proms, from Rough Trade to the Royal Shakespeare Company. His solo album, Echo, was released in July 2019 to critical acclaim and his characteristically warm, whimsical and virtuosic solo set regularly delights folk audiences in the UK and further afield.