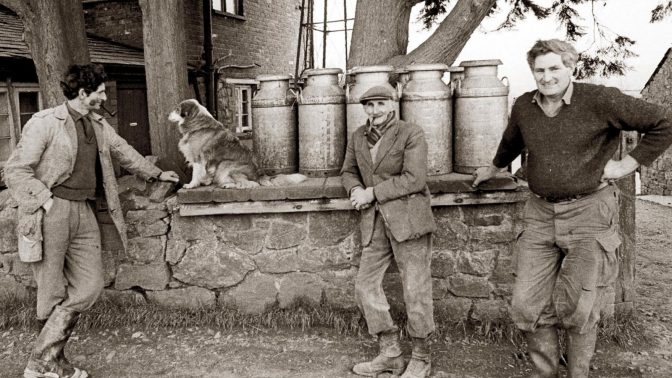 There are other folktales and legends of the Quantocks that have a little less detail and number of sources than some, but are still of real interest.

One is at Nether Stowey and Stogursey. It involves giants, a mythical species strangely lacking around the Quantocks compared to the wider surrounding area – for example the Mendip Hills area of Somerset has many giants and giants have been said to be responsible for many landscape features, from standing stones to the formation of Cheddar Gorge and islands in the Severn Sea. The story has it that some giants moved into Nether Stowey, making a huge mound for their castle, probably the site of the castle today.

Some locals fled to Stogursey, others up to Dowsborough and others stayed put. The giants caused havoc eating livestock, and then once on a trip to Stogursey, human flesh, from which point on the locals were in mortal danger. The giants squashed Stogursey castle flat and ate people by the handful, before coming back to Nether Stowey. The people who had stayed put began to be eaten, but a boy managed to escape on a pony and ride up to Dowsborough to warn those who had escaped there. They came down and fought the giants and won.

This tale is also interesting as one can read into it many connections with the sites and battles around the Danish battles – Dowsborough appearing in the folktales surrounding them too.

Another tale involving the Devil and a giant exists nearby in Williton. Giants like to throw stones and there were (or perhaps still are – it is now private land) two large stones near the far hedge in Battlegore Field opposite what is now Danesfield School. These two ancient stones were said to be the result of a throwing match between a giant and the Devil, and one of the stones is said to have the Devil’s handprint on it. Again, this is interesting as it is a site of archaeological interest with a tumulus in it, and Williton was also a site of Viking battles.