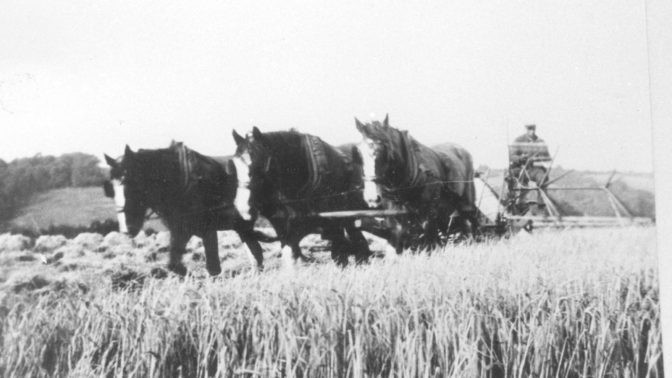 It is not often with a folktale that we have a location as specific as a house, but this is the case in one of the most sinister of the local Quantock tales. One that involves a blacksmith and the Devil himself.

Between Nether Stowey and Fiddington lies Keenthorne and here there is a cottage that was the old forge, still named so today. There are various versions of the tale, including one of a ghostly figure who visits the pub at Combwich and tells the story, but what they all have in common is that once upon a time the blacksmith at Keenthorne shoed the Devil’s horse. 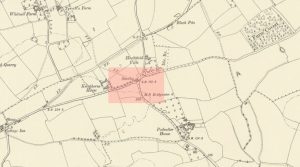 How this came about in most tellings stems from the blacksmith boasting that he could shoe the Devil’s horse, only to get his comeuppance when the Devil himself showed up and asked for his horse to be shoed. Never expecting this to happen the blacksmith is terrified. He rushes to nearby Fiddington to wake the vicar, who tells him to shoe the horse, but to not accept payment, for if he did he would have sold his soul to the Devil. He said that he would follow shortly.

The blacksmith survived, soul intact. Though some versions, including one retold in a book by Alan Holt, have the vicar meeting a slightly strange fate, having for some reason become a ghost and therefore being the teller in the Combwich pub 140 years after the event! However, most versions just tell the tale of the night of the Devil’s visit.

Ruth Tongue links this story interestingly to the character of Wayland Smith, who was said to be the blacksmith/farrier to The Wild Hunt. It is said that when horses approach Keenthorne they get very nervous and try to bolt. Which story this phenomenon would be linked to varies in the teller, but most sources associate Wayland Smith with Wayland’s Pool in Shervage Wood, where he is said to plunge the red hot shoes to temper them.