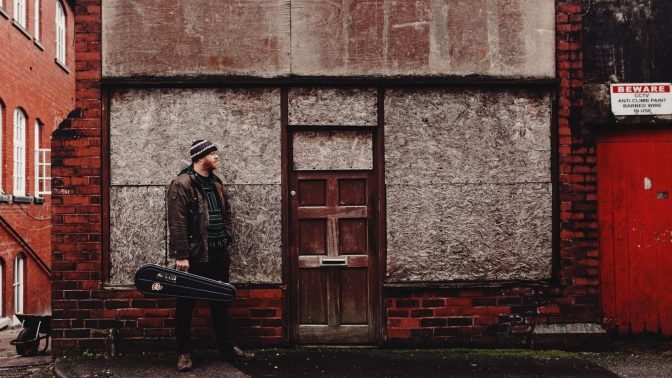 “There are dozens of folk violinists, but few with the attack, passion, and ingenuity of Tom Kitching. The most beautiful instrumental playing of the year.” – The Sunday Express

We are delighted to welcome Tom Kitching back to Halsway to lead an immersive study weekend for experienced violin players who wish to expand on their skills and deepen their personal style. You’ll learn new repertoire together, exploring ways to further develop tone, technique, musicality and style.

Although Tom’s playing is rooted in the English tradition, fiddle players from other musical backgrounds wanting to explore traditional music are very welcome.

We’ll be a select group, allowing for individual attention as well as full group and smaller ensemble work. You’ll have time to relax and play in the bar in the evenings, with an informal performance from Tom too.

This intensive weekend is aimed at more experienced fiddlers who want a challenge, to deepen their understanding and go further upon their musical journey. Participants should come with an open mind, a willingness to try new things, a supportive outlook and a willingness to work alone or in small groups. Tuition will be by ear, though written notation will be available to take away.

“Acts such as Spiro, Leveret and Tom Kitching are all bringing a dynamic contemporary approach to English dance tunes that draws on jazz-like improvisation, world music influences, minimalism and systems music.” – The Guardian

Fiddle player and author of the book ‘Seasons of Change’, Tom Kitching has worked with numerous singers and bands, including Pilgrims’ Way, Gavin Davenport, Jon Loomes, Gren Bartley, Zoe Mulford, and Albireo. He has tutored at several Summer Schools, and has led numerous workshops around the country. Heavily involved in the dance scene, and veteran of over 1500 gigs, he stands at the leading edge of the English folk scene. His style is English at heart, whilst encompassing elements of many other traditions. It is a unique, vibrant style full of exuberance, energy and wit, yet capable of expressing extraordinary emotional depth.