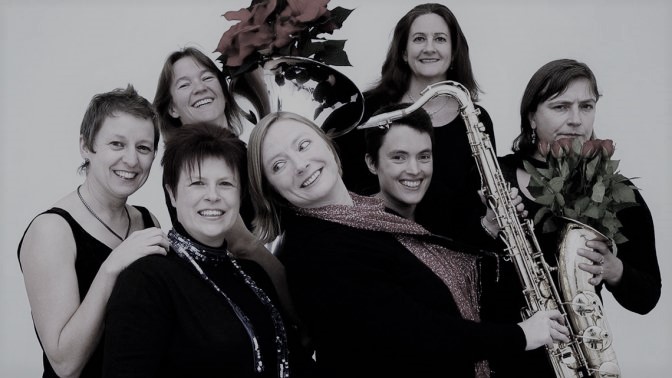 Together as Token Women they are an unrivalled ceilidh band who also play concerts – as well or a mix of both. Driving fiddles, saxes, clarinets, keyboard, percussion, tuba, euphonium and trombone combine with a pan European repertoire for a really varied mix of sound. They’re so sought-after they’ve even appeared on The Archers and Emmerdale!

Listening to them is like being inside someone’s wild, joyous music party – and you’re invited to join them for this evenings performance !