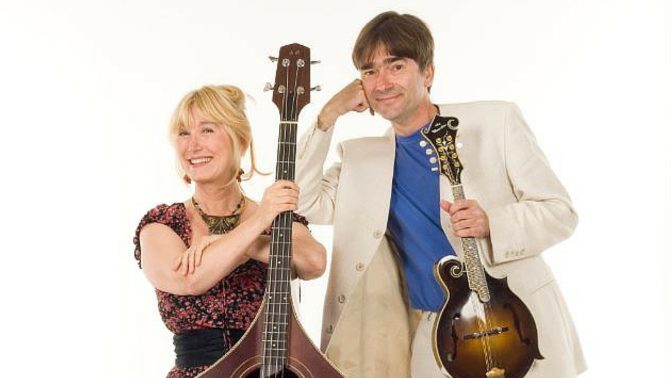 Simon’s hilarious banter and mandolin wizardry (he’s one of the world’s leading virtuosos, not to mention his fine guitar and fiddle playing) meets Hilary’s “wonderfully honey-dripping voice” and unusual basses! She might even manage a step-dance if the wind’s in the right direction. As if that’s not enough, Hilary’s singing sister Janet Girando will be joining them to add her own lilting soprano to exquisite harmonies.