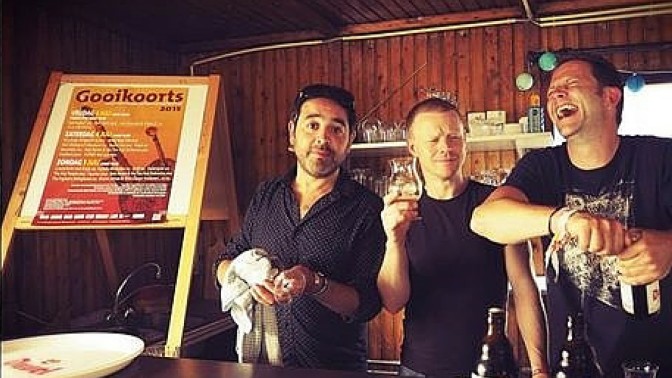 Another chance to explore sourcing and interpreting traditional material, with Halsway’s 2016 Artists in Residence Faustus. Plus there’s the chance – if you wish – to join Faustus for their ‘Big Sing’ at Priddy Folk Festival.

Faustus led a weekend course at Halsway in April this year, guiding participants through the process of sourcing, interpreting and arranging (in duos/trios) traditional material drawn from the Halsway library collection. This mid-week course offers more of the same, but with extra time to allow for study in greater depth, or perhaps to expand on work begun in the earlier course (newcomers are also welcome), and to look at how to present your work for performance.

But it’s not all work; practical workshops will be combined with fun and sociable sessions and activities to make sure you have an enjoyable and productive time with us.

“Halsway is special, a beautiful house in a tranquil setting, with lovely staff to take care of you. The perfect place for study and enjoyment!” Participant

50% discount for a weekend ticket for Priddy Folk Festival (8-10 July 2016) to the first 20 people who book for ‘Saucing with Faustus’! Those attending Priddy will have a chance to use some of the material learnt over the workshop days, on stage at Faustus’ Big Sing at Priddy Folk Festival on Sunday 10 July between 10am and 12 noon.

Musicians – any instrument (please let us know when booking) – and singers of an intermediate level and upwards. This is not a course specifically aimed to develop your voice or your playing, though you will have expert support and encouragement; it’s all about learning to interpret and arrange material with others, so you’ll need to have a sufficient skill level to get involved. You’ll need to be able to play tunes up to speed and able to read music or pick up tunes quickly by ear. You’ll have experience in, or a desire to play in ensembles and perform in public. We’ll have an informal sharing at the end of the course which you’ll be welcome to invite friends and family to.

Scion of a noted folk dynasty, Benji Kirkpatrick is a key member of folk big band and BBC Award winners Bellowhead. Benji featured with the Seth Lakeman Band who shot to fame when ‘Kitty Jay’, featuring Benji, was nominated for the Mercury Music Prize in 2005. Benji has performed with many artists including Oysterband, John Jones and Maddy Prior (Steeleye Span), and has also found time to release three solo albums. His latest solo project BENDRIX reinterprets the songs of guitar hero Jimi Hendrix on bouzouki, banjo and mandolin.

Saul Rose was a long time member of Waterson:Carthy, winning two BBC Radio 2 Folk Awards with ‘Broken Ground’ and forming a duo with Eliza Carthy. The double album ‘Red Rice’, of which Saul was an integral part was nominated for the Mercury Music Prize in 1998. More recently Saul has joined Whapweasel, played in Ruth Notman’s band, and re-launched his duo with Maclaine Colston. He has appeared as a guest artist on many albums including Jackie Oates’ ‘Hyperboreans’, Norma Waterson and Eliza Carthy’s ‘The Gift’ and the soundtrack for the film ‘Morris- A Life With Bells On’. He was nominated as Musician of The Year in the 2010 BBC Folk Awards and in 2011 took the part of Songman in the West End play War Horse.

Paul Sartin is also a member of Bellowhead, as well as BBC Folk Award nominated duo Belshazzar’s Feast. He is Director of the Andover Museum Loft Singers, consultant for the charity Live Music Now and is a composer of note with recent works including ‘The Hartlepool Monkey’ for Streetwise Opera (BASCA Award nominated), ‘Anthony and Cleopatra’ for the Central School of Speech and Drama, and ‘Changing Landscapes’ for Broadstairs Folk Week.