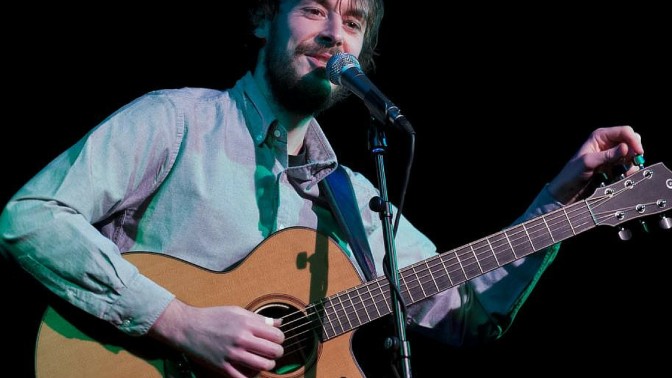 An informal gig letting you get up-close with the creative team leading the Halsway Guitar Workshop Weekend, and celebrating all the acoustic six-string has to offer!

With two acclaimed solo releases to his name, Sam Carter has performed on major venue and festival stages throughout the UK and overseas and won the Horizon Award at the 2010 BBC Radio 2 Folk Awards. His recent project ‘False Lights’ with Jim Moray has won rave reviews blending traditional material with progressive arrangements.

‘One of the most gifted acoustic guitarists of his generation’ Mike Harding, BBC Radio 2

Born in Spain, raised in Chicago and now living in rural England, Sarah McQuaid refuses to be pigeonholed, segueing easily from one of her emotive originals into a 1930s Cuban jazz number, a 16th century lute piece or an unexpected contemporary cover. Like its predecessors, her fourth solo CD ‘Walking Into White’ has drawn international critical acclaim, including a nod from FolkWords (UK) as Best Album from a Female Artist and Album of the Year 2015.

“The songs are acutely observed and literate, almost like journal notes set to music. They’re measured and tranquil but they’re never dull because there is always a sense of restlessness and unease behind the poetry…. And it’s all lovely.” R2/Rock ’n’ Reel

Tristan Seume is one of the UK’s leading acoustic guitarists. Strongly influenced by folk, jazz and country, he also plays guitar and bouzouki for multiple BBC folk award-winning singer, Jackie Oates. He is a contributor to Guitarist and Guitar Techniques magazines, and lectures at the Academy of Contemporary Music in Guildford, Surrey as well as at the annual International Guitar Festival in Bath.

Gavin Davenport has been playing an array of stringed instruments (including guitar, cittern, mandola , 5 string and tenor banjo) for over 20 years and has played in acts ranging from The Albion Band and Morris On Band to Hekety and Crucible. His no nonsense, no rules approach maximises outcomes using simple techniques.