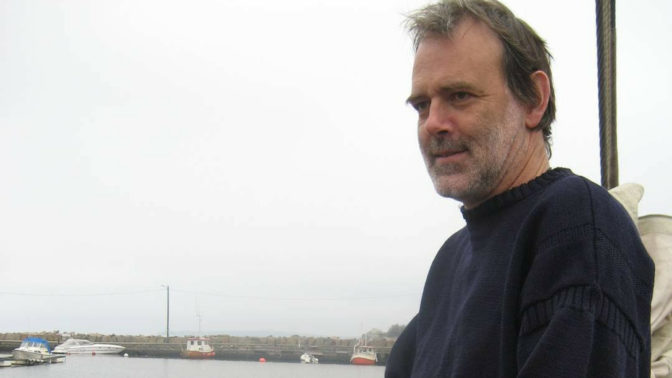 Raise your voice in a weekend of maritime song! The onus will be on rhythm, simple vocal arrangements and putting the songs in a social context with a repertoire consisting of both shanties (i.e. work songs) and more general maritime songs.

Shanties and sea songs are by their very nature international and the course will take this into account by including songs from outside the usual Anglo-American tradition to include songs drawn from European and Scandinavian tradition.

This course runs alongside workshops run by Emmanuel Pariselle & Rowan Rheingans. All three tutors will perform an informal concert on Saturday evening.

No foreign language expertise is required! Neither is it necessary to be able to read music. The only prerequisite is to enjoy singing – loudly!

Richard Burgess is originally from England but has lived all his adult life in Norway where he works as a writer, a translator and, not least, as a singer and musician (on guitar and English concertina) with a repertoire that draws on both English and Scandinavian traditions. Maritime songs are particular favourites and he performs both solo and in a variety of group constellations, including the shanty trio Foghorn, the Anglo-Swedish trio Doggerland, the folk-jazz sextett FatDog and, together with Emmanuel Pariselle, in the Anglo-French-Norwegian folk quintet Five Men in a Boat.