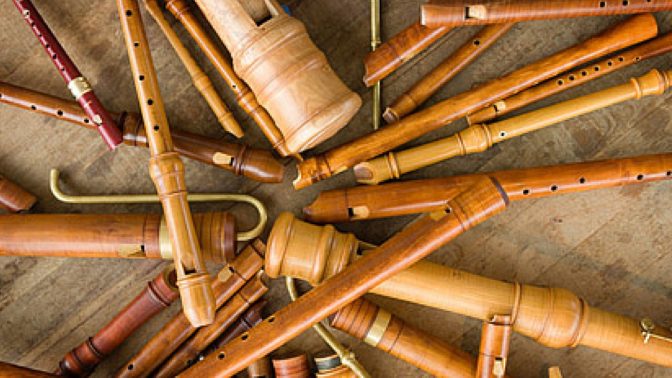 Under the guidance of Helen Hooker and Steve Marshall as conductors, this weekend event allows members of Recorders at Plymouth to play in a recorder orchestra in a supportive and encouraging environment. Each section of the orchestra will have experienced players alongside those who have perhaps never played in an orchestra before. The weekend is a great opportunity to explore the huge diversity of recorder orchestra repertoire available today in a beautiful venue with convivial company.  And, of course, tutored by some of the very best recorder orchestra conductors in the UK!

This partnership event is organised by Recorders at Plymouth.

Helen Hooker studied the recorder at Trinity College of Music under Philip Thorby, graduating in 1993 with a first class degree and the Post-Graduate Certificate in performance with distinction. She now enjoys a varied career, including a mixture of performing, conducting, teaching, arranging, writing and photography.

One of Helen’s musical passions is conducting recorder ensembles and orchestras.

Helen has been a Musical Advisor and visiting conductor to the Society of Recorder Players since 2000.  In the last fifteen years Helen has worked with 41 of the Societyâs 50 branches!  She also regularly conducts at the SRP’s annual National Festival and has directed several of the massed performances at these festivals, sometimes with ensembles of up to 250 players.

Steve Marshall is not only one of the foremost contemporary composers for recorder but is also one of the most innovative tutors in the recorder world.  This may be in part to Steve’s rather unusual background in jazz, blues and rock (well, unusual for a recorder player, anyway!).  From Minimalist Technique Classes to his majestic 41 part Spam in Atrium, Steve’s tuition is always accessible whilst remaining thoroughly out of the ordinary.

Both Steve and his wife Ann are prolific composers and arrangers of recorder music. All of their music is published under the banner of ‘Mayhill Music’ and is very popular both in the UK and abroad.

Steve is Musical Director of  the North Cotswold branche of the SRP and is also greatly in demand as a visiting conductor for the SRP. Steve also tutors on a number of recorder courses throughout the year. Together with Pam Smith, Steve started the very successful Cheltenham Recorder Festival and the Pheonix Recorder Orchestra.