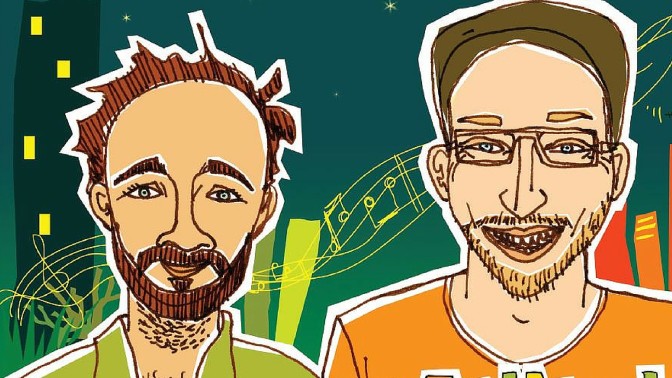 Danish traditional music at its best – enjoy a lively evening of music in the company of acclaimed duo Rannok!

Formed by pianist Theis Langlands & fiddler Michael Graubæk in 2006, Rannok is known for their intense energy and unique interaction – expect energetic polkas, atmospheric ballads and warm-hearted waltzes. With a shared passion for traditional melodies, they offer a new take on their ancestors’ music: contemporary interpretations interspersed with original tunes written with respect for the folk tradition. The band has released two albums, and among many prizes won “Debut of the Year” at Danish Folk Music Awards in 2011.

“They are mischievous, cunning, serious, imaginative, tradition-keeping and tradition-challenging, and they play at a high technical level .” Funen Herald-Tribune

Michael Graubæk has played traditional music on the fiddle since he was a young boy. He graduated from Scandinavia’s most prestigious folk programme, the two-year Joint Nordic Master, in which musicians from three Scandinavian music conservatories spend and half a year in Sweden, Finland and Denmark learning each country’s folk music tradition. Now among the best young traditional fiddlers in the country, he won Traditional Musician of the Year in 2010, and was been awarded National Fiddler in 2014.

Pianist Theis Langlands graduated as pianist from the Jazz Department at Carl Nielsen Academy of Music, Odense, in 2008. He is a much sought after musician and has toured Scandinavia, Canada, France, Malaysia, Switzerland, Poland, Germany and UK. In addition to Rannok, he is also part of award winning folk group Habadekuk. He also plays piano accordion and harmonica.