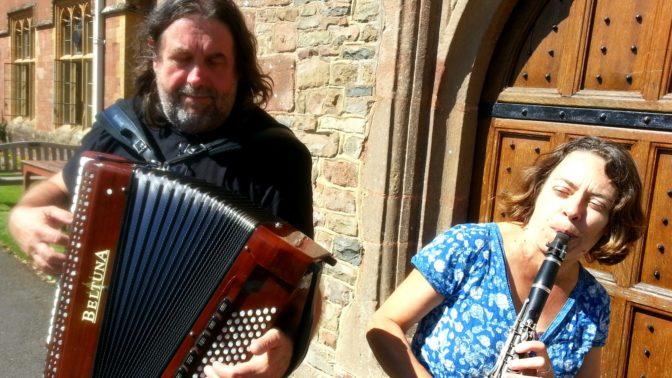 For musicians who want to delve into the collection of dance music published by John Playford in the English Dancing Master in 1651. With expert guidance you’ll explore arranging and playing the music in different and danceable ways, in preparation for a public dance on the Thursday evening with caller Graham Knight.

Musicians of all ages, any instrument, and no prior experience folk music necessary. Most abilities catered for but not complete beginners; you’ll need to read music sufficiently well to learn the tunes and play them up to speed. Sheet music, and for non-readers, recordings of the tunes will be available for download before the course.

Karen Wimhurst is a freelance composer and clarinettist.  She has been commissioned by festivals, ensembles and theatre companies throughout the UK. Her recent theatre production with the Custom’s House  ‘Get Up and Tie Your Fingers’ has just finished touring the east coast of Britain.  In the 1990’s she set up ‘the Cauld Blast Orchestra’ one of the first experimental groups to fuse jazz, classical and traditional musics.  Since then she has worked across these traditions.  Currently she performs with the jazz ensemble Misbehavin’ and free jazz outfit Zaum (‘the most exciting group in Europe today’ Penguin Guide to Jazz ‘06’). On the folk circuit she performs with PLF, Pagoda and tours her own show ‘Fruit of Paradise’. She is a regular tutor with Distil and Halsway Manor.