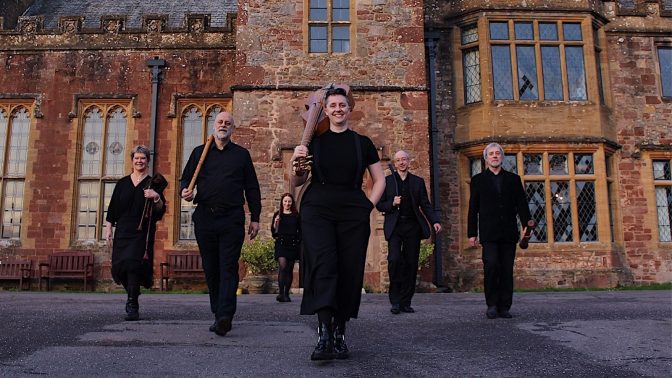 We’re delighted to be welcoming Piva back to Halsway for a weekend exploring the Real Roots! of folk music, both the music and the instruments. Discover the world of late 16th century popular traditional music as heard in both court and country, in this enjoyable and fascinating course! The focus of the course will be playing 4 or 5 part harmony in small groups but it doesn’t matter if you are new to this music or an experienced renaissance specialist; sessions will be adapted to suit all levels.

We’re thinking of having a ‘Grand Tour’  theme to our 2021 event, meaning we’ll look at dance and popular music from across Europe – European Roots music! We can – if there’s the demand – run some fixed ensemble groups to allow for some good developmental work to take place; if you’re part of an established early music (or other) group who would like some coaching together this could be for you!

Piva will also give a recital on Saturday evening.

Please note, in previous courses a particular feature has been the opportunity of “having a go” on Piva’s extensive range of instruments, including renaissance recorders, crumhorns, bagpipes, viols and curtals. However this is unlikely to be possible this time, due to safeguards to reduce transmission of COVID-19.

Kate Moran –  Strings and mixed consorts. Kate is a versatile musician who is equally at home with classical and folk music. Whilst training at Birmingham Conservatoire and Royal Northern College of Music she spent her weekends playing fiddle in barn dance bands in Northamptonshire! Kate currently plays violin and viola with Boldwood, who specialise in bringing to life rarely-heard tunes from 18th century English dance collections and leads Mouse’s Nest ceilidh band and can often be found guesting with bands both on stage and in the recording studio. Kate is also in demand as a teacher and is the conductor of Manchester Youth String Orchestra.