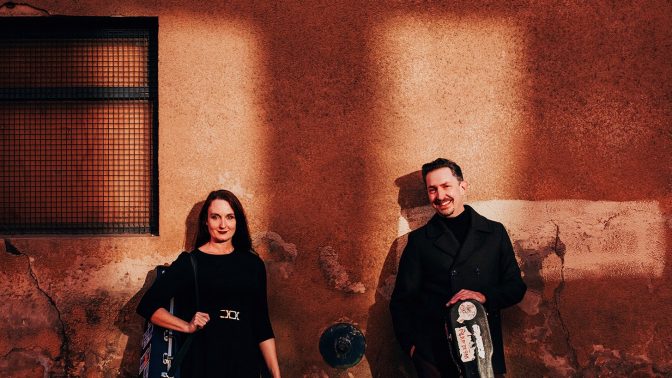 Wherever you are on your musical journey, Nancy & James will facilitate and support your progress to take your performance to the next level, however great or small your ambitions might be; it’s all about developing confidence and experience and having fun, as part of an inclusive and supportive group.

We’ll be looking at all aspects that go into creating a performance that’s distinctive and your own: finding repertoire, making arrangements and accompaniments, interpreting and choosing songs/material that suit your voice/style, creating a set-list and so on. We’ll work in large and small groups to explore ideas and put them into practise, with enough flexibility in the programme to address individual goals; if there’s something specific you want help with, we’ll try and cover it.

We’ll be working towards an informal performance at the end of the course – behind closed doors, and non-compulsory – so that we can share our work with one another.

Musicians, singers, and singer-musicians, of all level of experience welcome. There won’t be instrument-specific tuition; you’ll need to be comfortable getting involved at whatever level you can play.

Nancy Kerr is one of the most celebrated English folk musicians of her generation, and has to date won 6 Folk Awards from BBC Radio 2: 2015 FOLK SINGER OF THE YEAR • HORIZON AWARD 2000 • BEST DUO 2003 and again in 2011 with James Fagan • BEST GROUP 2014 with The Full English • BEST ALBUM 2014 with The Full English. Nominated Best Original Song 2011 for Queen of Waters. Winner Best Album (Spiral earth 2011) for Twice Reflected Sun (Navigator041).

James Fagan is an Australian-born folk musician. He is a singer and multi-instrumentalist specialising in the Irish bouzouki. From the early 1980s he toured in a family band, the Fagans. He began travelling to England in 1995, where he met and began working with Nancy Kerr.

Nancy Kerr and James Fagan have been performing together for more than twenty years, their trademark high-energy live shows are as strong now as ever.