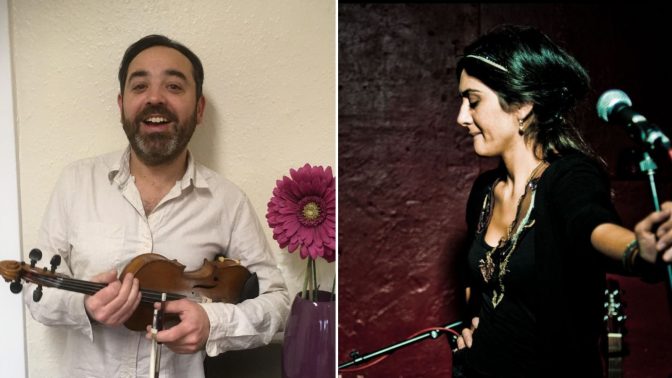 As part of their Choral Song Weekend, Paul Sartin and Çiğdem Aslan invite you to join them for an informal sharing evening of song. Alongside performances by Paul & Çiğdem, the course participants will perform ensemble pieces they’ve worked on over the weekend, with spots also available for solo / duo singers from the group who want to share something. Expect a relaxed and enjoyable evening of song – then join us in the bar for a drink and a song or two!

Çiğdem Aslan is an Istanbul-born singer who sings in many languages and regional styles, including Turkish, Kurdish, Greek, Bosnian, Bulgarian, Romany and Ladino. She studied English Literature at Istanbul University, before studying music at Goldsmiths College, London.