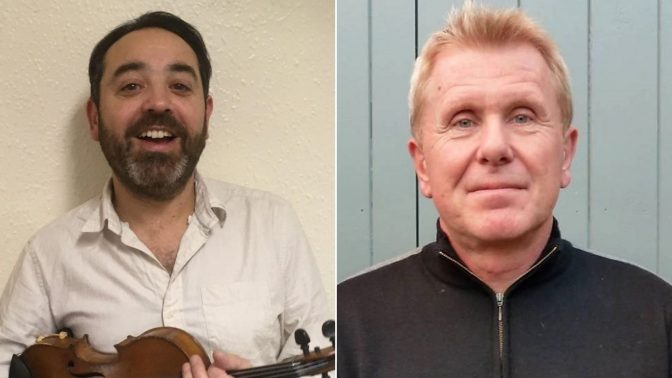 Following a fabulous summer singing weekend in June, Paul Sartin (Belshazzar’s Feast, Faustus, Bellowhead) & Lester Simpson (Coope, Boyes and Simpson, Narthen), plus host Meg Rose, return to Halsway for another weekend of song. In response to requests at the previous course, this time the team will take you through the process of finding songs and source material, through to final performance!

Using the library at Halsway as our inspiration we will begin by looking at the tradition and a variety of sources for interesting songs, fragments, stories and tunes. We will then explore the possibilities of re-working material, joining song fragments together, adding to or editing existing songs, adapting texts and tunes, discussing what might need alteration and what should be left alone.

Once we have found our muse and created something we’ll then look at sympathetic ways of arranging it both accompanied and unaccompanied so bring your voices and your instruments.

The finale will be to sing and play what we have created together!

The weekend offers an informative and enjoyable whistle-stop journey from page to performance; we hope you’ll go home inspired to seek-out and develop repertoire of your own!

Singers of all levels of experience and ability are welcome, as are singer-musicians; the weekend will look at both at arranging vocal harmony, and approaching instrumental accompaniment for song.