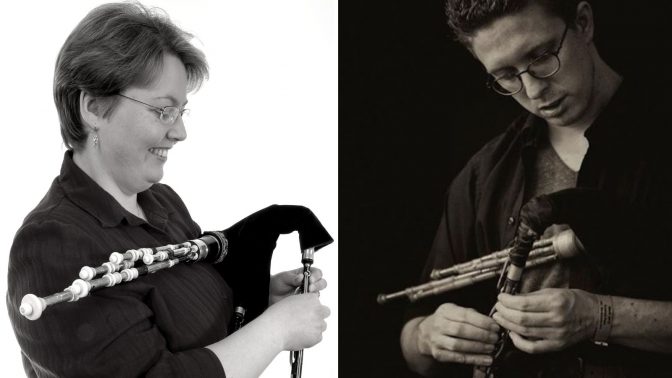 Join us for a performance of Northumbrian Small pipes by experts in the instrument who are tutoring on the Halsway Manor Smallpipes weekend.

Chris Evans a regular tutor on courses at Halsway Manor and an experienced tutor.

Rob Say is also a regular tutor on these courses at Halsway Manor and an experienced tutor.