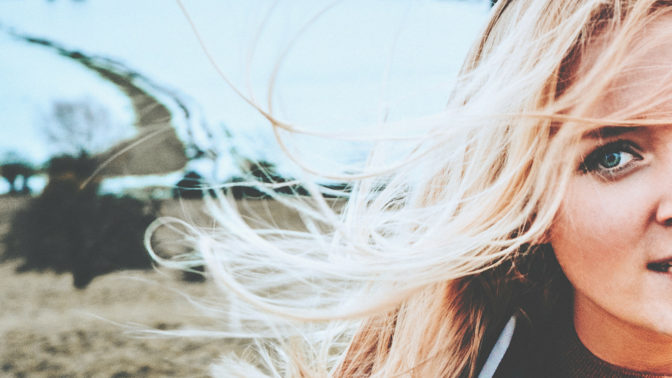 “Her remarkably accomplished debut album, Namer Of Clouds, beguiles with its poetry and tenderness, and her eye for detail, vivid imagination and bright vocals make it a captivating listen. She is a talent to watch”​ The Guardian (full article here)

Kitty Macfarlane is a Bristol-based songwriter and accomplished guitar player, originally from Somerset and well-known to local audiences. Her popularity and critical acclaim has snowballed since the release of her EP ‘Tide and Tide’ in 2016, with appearances at festivals, folk clubs and venues across the UK.

She releases her highly anticipated debut album ‘Namer of Clouds’ on Navigator Records, on 21 September 2018, produced by Sam Kelly and Jacob J Stoney and featuring a recognisable cast of musicians.

Her sharply observed narrative songs are pure poetry, rich with visual imagery and written with an eco-eye – bound loosely by the theme of mankind’s relationship with the wild. Gathering inspiration from the sky to the seabed, Kitty’s lyrics touch on intervention and rewilding, climate change and migration and one singular song which is a magical aural tapestry of woman’s historical relationship with textiles and the land. From the starling murmurations on the Somerset Levels to the lowly eel’s epic transatlantic migration, and the small part we ourselves play in a much bigger picture.

The album is augmented by all kinds of ‘found sound’ recorded in locations from Somerset to Sardinia – birdsong, waterfalls, the click of knitting needles – and is bookended by sounds of the wild.

She’s toured with acclaimed folk duo Kathryn Roberts & Sean Lakeman, and also Blair Dunlop, and performed extensively around the UK. Her first EP received airplay on BBC Radio 2 and 6 Music. She has been shortlisted for the BBC Radio 2 Young Folk Award, received project funding from the English Folk Dance and Song Society and been awarded the Lyndsey de Paul Prize for female songwriters.