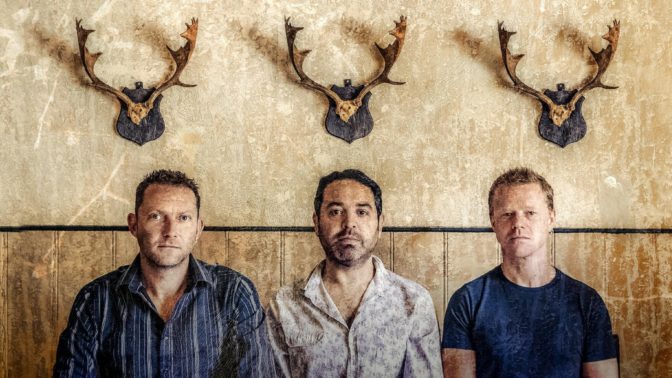 Catch Faustus, the pioneering, “bloke folk” triumvirate of Benji Kirkpatrick, Paul Sartin & Saul Rose as they return to Halsway Manor for a live gig as part of their week-long ‘From Page to Performance’ course; the evening will open with performances by participants, before the mighty Faustus take to the stage!

Faustus’ ‘Cotton Lords’ Tour has seen them gigging across the UK – with European dates scheduled in March – presenting new tracks from the ongoing Cotton Famine Poetry project. For the last few months Faustus have been sifting through publications and journals of the 19th Century Lancashire Cotton Famine period, as part of a project based at the University of Exeter to archive, preserve, and rehabilitate the poetry of this distressing chapter of working-class history. As featured on BBC Radio 4, they have set some of the texts to new music, soon to be released on CD.

More information and recordings can be found at http://cottonfaminepoetry.exeter.ac.uk/

Tonight’s performance comes at the end of the annual Faustus ‘Page to Performance’ week, a course for musicians and singers to discover for themselves how to source, arrange and perform archive material. Performances from the students will open tonight’s concert.

Previously nominated for the Best Group Award in the BBC Radio 2 Folk Awards and Artist In Residence at Halsway Manor Centre for Folk Arts across 2016 supported by funding from Arts Council England, Faustus brings to the stage three of the leading lights of their generation: Saul Rose (Waterson:Carthy, Whapweazel, War Horse), Benji Kirkpatrick (Seth Lakeman Band, Bellowhead) and Paul Sartin (Bellowhead, Belshazzar’s Feast). They have a plethora of experience between them, brought together here in a virtuosic display of musicianship and testosterone representing the best in the current vibrant English folk scene.

Faustus released their acclaimed third album ‘Death and Other Animals’ in October 2016, tackling head-on subjects from the Dance of Death to the plight of the common man, sand-swallowed ships to mythical black dogs. The album has huge local resonance as it was researched, rehearsed and recorded at Halsway Manor on the Quantock Hills, during Faustus’ time as Artists in Residence.