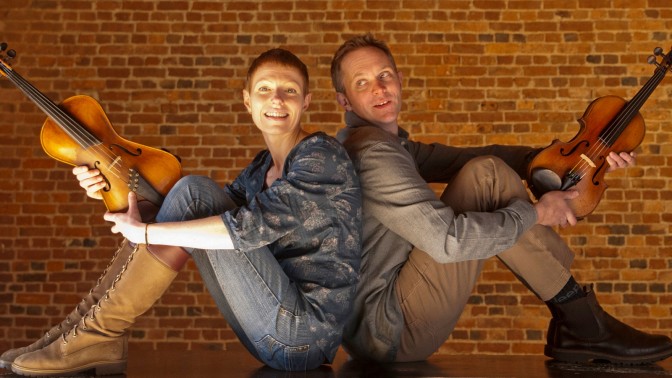 On Saturday evening there’s a chance to watch the tutors in action in a public performance at 8pm. Course ends around 5pm Sunday. You can also stay for an early evening concert with Dipper Malkin (tickets £10 / £5) and/or supper and B&B (£30 per person).

“I so admire Tom McConville’s music. He has given 40 years of dedication and passion to the folk scene and everybody loves him!”  Vin Garbutt

Born and brought up on Tyneside in the North East of England, Tom McConville is one of the leading fiddle players of our time, with his own unique, instantly recognizable sound. A virtuoso musician – and fantastic singer – his interpretation of traditional and contemporary songs is greatly admired by musicians and singers the world over. Playing the fiddle is his lifelong passion and he delights in sharing his experience and enthusiasm in workshops.