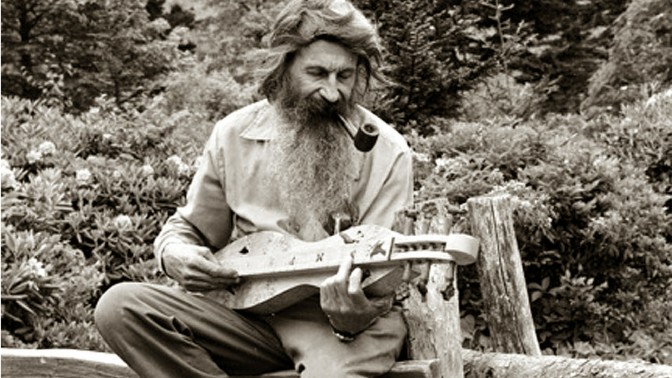 A practical workshop week combining multiple strands: mountain dulcimer with both a beginner’s course introducing the instrument with loan instruments available and a more in-depth course suitable for intermediate and/or advanced level players and advanced players of other fretted instruments. Beginners and advanced hammered dulcimer will run alongside this, with both instrumental courses featuring superb tutors from the USA and UK.

Mountain Dulcimer (MD):  The Appalachian, or Mountain Dulcimer consists of three or more strings stretched over a long-fretted sound box, held on the lap and played by plucking or strumming.  It derives from the family of fretted zithers found in Northern Europe and Scandinavia.  Developed in the poor hill farming communities of the Southern Appalachians, the dulcimer was adopted by the early folk revival in the 1960s and rose to fame through its use by Richard Farina and Joni Mitchell, and groups such as Steeleye Span, Fairport Convention – even the Rolling Stones!  Today a younger generation of acoustic musicians are discovering its distinctive tones and using it in fresh ways with traditional and contemporary material.

The Hammered Dulcimer(HD) has a sounding board or box, typically trapezoid in shape, over which strings of increasing length are stretched.  The strings are plucked or, more often, struck by hand-held beaters, commonly known as hammers.  Its origins are lost in history but it probably came from the Far East a thousand years ago, before spreading across most parts of the world.  It was aa reasonably popular instrument in the UK before the advent of affordable pianos and until the mid-20th century still had a foothold in the pubs of East Anglia, Birmingham, Northern Ireland and Glasgow.  It was re-discovered for a wider audience in the folk revival era, with players such as Sue Harris and Chris Coe featured in folk-rock supergroups such as the Albion Band and the New Victory Band.

Nonsuch Playing Level Guidelines 2016 – click to see a pdf of playing level guidelines.
All skills levels will be catered for from beginners to advanced, in both Mountain Dulcimer and Hammered Dulcimer.  We have Mountain Dulcimers available for beginners to borrow; if you need to borrow a Hammered Dulcimer we may be able to arrange this if given sufficient notice.
Please make clear when booking whether you wish to follow the ‘introductory course’ for beginners or the ‘exploring course’ for intermediate level and above. More course details in the programme below.

Halsway Manor Dulcimer Week Programme – click to see a pdf of the programme for the week.

Learning the basic techniques of playing the dulcimer and understanding its history and development.  These will be fully hands-on sessions, learning by playing, and led by experienced tutors.

For the MD, you will explore noter-drone, finger-picking and chord-melody styles using tabbed music and “by ear” tunes for session play.  Reading music is not required, nor any experience with playing the MD.  Instruments will be available to loan (no reservation required) or feel free to bring your own.
For the HD, you will explore the layout of the instrument and basic hammer technique, playing straightforward tunes in a variety of styles.  Reading music is not required, but would be helpful.  No prior experience with the HD is necessary.  It may be possible to borrow an instrument for the week, but these MUST be reserved well in advance.

Developing dulcimer playing techniques in more depth, with more complex pieces.  Sessions will also include ensemble playing.  Tutors will aim to challenge all participants, whatever their ability level.

For the MD, you will explore dulcimers of different ranges (e.g. soprano, baritone and bass), the potential of different tunings and use of capos, and developing strategies for jam/session playing.  Participants will have played the MD to at least an intermediate level and/or have played other fretted instruments to a reasonably advanced stage.  Reading music is not required, but may be helpful.  Familiarity with tablature would useful.  Specialist equipment like noters and quills will be provided, but participants should ideally have their own capo.

For the HD, you will explore tune arrangements, repertoire, ornamentation, harmonies and efficient hammering patterns through a variety of styles of music.  Participants will have played the HD to at least an intermediate level.  Some knowledge of musical theory, as applied to the HD, would be helpful.

N.B.  It will be possible to move between strands as required and some sessions (e.g. on mountain dulcimer history and traditional styles of playing) will be joint.

Stephen Seifert is simply one of the best – if not THE best – mountain dulcimer players in the world.  Since 1991, his teaching and playing have made him a favourite with dulcimer players all over the world and he has featured as a performer and teacher at hundreds of dulcimer festivals across the US.

Stephen has been a dulcimer soloist with the Nashville Chamber Orchestra since 1996 and is featured on their Warner Classical recording of Connie Ellisor and David Schnaufer’s “Blackberry Winter”, a concerto for mountain dulcimer and string orchestra. The piece continues to be in regular rotation on many classical stations around the U.S.

Stephen was Adjunct Instructor of Mountain Dulcimer with David Schnaufer at Vanderbilt’s Blair School of Music from 1997 to 2001. He also taught, performed, and recorded with Mr. Schnaufer as a duo throughout the country. Stephen has written ten books, four CDs, and 16 instructional videos.  He is also lead MD tutor for the online Dulcimer School, teaching hundreds of students around the world at http://dulcimerschool.com

Dan Landrum, from Signal Mountain, Tennessee, was trained as a percussionist, but took up the hammered dulcimer over 20 years ago.  He has now become a leading figure in the dulcimer world, both as a performer and teacher, and as owner/editor of the world-renowned “Dulcimer Players News”.

His skills on the dulcimer have led him to play in a multitude of settings from orchestras and concert halls to touring with US new age superstar Yanni. Dan also teaches HD lessons for the online Dulcimer School at http://dulcimerschool.com
Share