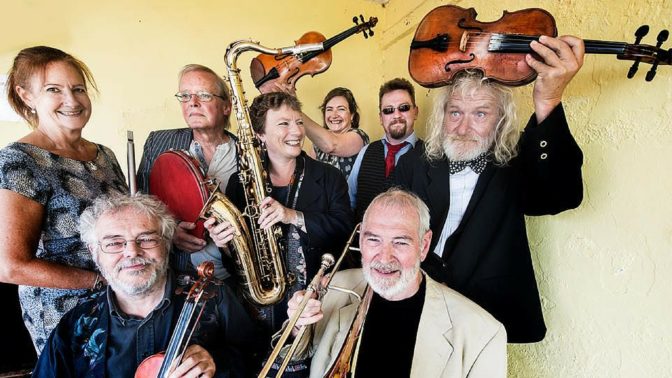 Join us for a knees-up with the marvellous Old Swan Band as they lead one of their legendary ceilidhs in the long room!

The Old Swan Band shot to prominence in the mid 1970s at the forefront of the English country music revival. Led by 3 driving fiddlers, all with completely different styles of playing (a workshop in itself!), the music is given added lift by the percussion, drums and mouth organ of Martin Brinsford and piano playing of Heather Horsley. The icing on the cake comes with whistles and a 3 piece brass section of bass sax, trombone, tenor sax. Cited as one of the major reasons why English music kicked back into existence this is a rare opportunity to have all 8 of them in one place.