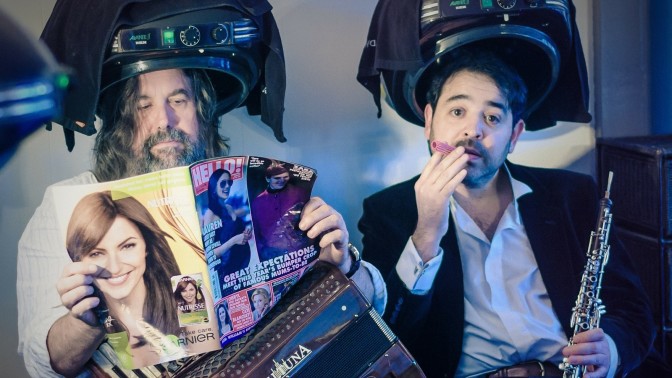 No concessionary priced tickets are available for this event.

A Christmas themed show from the great Belshazzar’s Feast, mixing traditional folk music and seasonal fare, with their usual touch of classical, jazz, pop and music hall, topped off with lashings of wry humour. Paul Sartin (Bellowhead, Faustus) and Paul Hutchinson (Hoover the Dog, Pagoda Project, PLF) together wow audiences across the UK with their eclectic mix of tunes and between songs chat that always sends audiences home with smiles on their faces.

“break taking and wickedly inventive, and the between-tunes interchange as intelligent and hilarious as the music” Mike Harding, BBC Radio 2